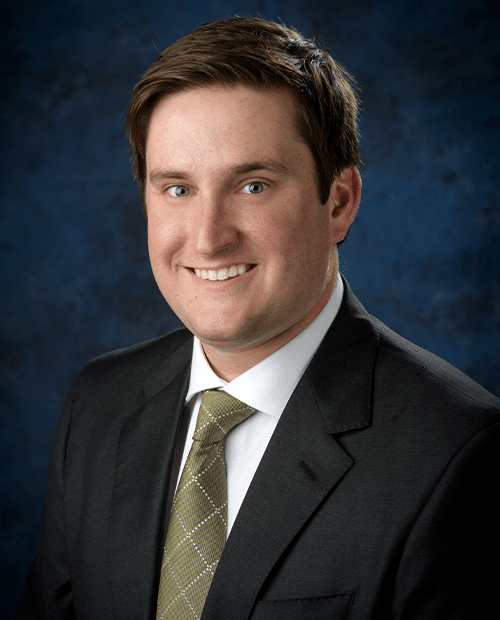 Ethan Caubarreaux is the son of Brian Caubarreaux, and was raised with the same ethics – the same mantra of ‘do it right’. He began his academic career at the University of Louisiana at Lafayette, graduating in 2016 with a Bachelor of Science in Sports Management. During his time at UL Lafayette, Ethan was a member of Pi Kappa Alpha fraternity where he was the Recruitment Chairman. He was also named Vice President of Recruitment by the Inter-fraternity Council. Additionally, Ethan was a member of Up-Til-Dawn, which is a philanthropic organization that raises money for St. Jude Children’s Research Hospital. After receiving his first degree, he continued his education at Southern University Law Center in Baton Rouge, where he received his Juris Doctor in 2019.

Ethan was sworn in as a practicing attorney in Louisiana in October of 2019. He joined Brian Caubarreaux & Associates shortly after. He cannot wait to help the injured of Central Louisiana and work hard to get them everything they deserve.